Poetry: Standing on my Tippy Toes 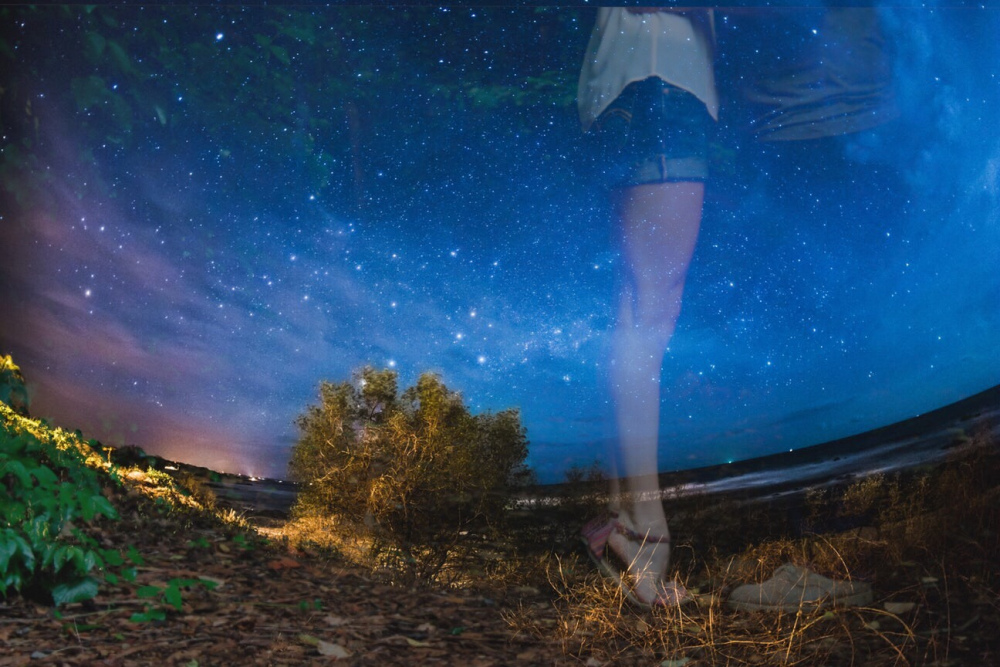 (Poem in response to the featured picture.)

As a child whenever I wanted something just out of reach, I’d stand on my tippy toes.

Arms held high, hands reaching out, letting out that little grunt sound that implied I needed help but didn’t want to ask for it.

I’d try to become taller and taller just to reach what I wanted.

Sometimes a toy that had been away from me or a snack that someone had pushed too far back.

As I grew older, I stopped the grunting, realizing that if I really wanted something I had to get it on my own.

I’d wiggle and try to find some way to make my arms a bit longer, as if wiggling would somehow activate Go-Go-Gadget-type springs to extend my reach.

I began to see how I could have the things I wanted if I just reached high enough or made myself tall enough.

Sometimes, I even had to climb on counters and get a little creative with my footing.

But I always got what I wanted.

Then I met you.

Standing on my tippy toes to look into your eyes made me smaller as I allowed inside thoughts to cloud my mind.

Putting on heeled boots so I could be closer to your height and be more eye level with you allowed me to see my own deficiencies and areas where I wanted to improve.

I became who I am today.

I learned that I didn’t need to stand on my tippy toes because all along you were there with a stool.

I learned that I didn’t need to get creative with my footing because you were there to help me reach the things I wanted.

When I was with you the stars were suddenly at my fingertips and the sun was hot against my skin.

The world was a playground of ideas and was without limitation because we could go as far as dreams allowed until it was time to execute.

And you never judged me for trying to take the whole world but instead helped me divide it into conquerable pieces.

Then I fell in love with you.

I’m not sure if it was the excitement of finding someone who matched my zeal or could spend hours talking about the things I was passionate about,

But somewhere in the reaching an arm came around me and picked me up to a place where I lost my footing and fell in love.

Somewhere in the laughter and the looks my heart left my chest and while I possessed all I’d been reaching for,

I lost control of my fortress.

You’d made your way inside and my heart was allowing you to roam free.

I realized this along the way and froze,

The same way you did.

And then I lost you.

Flight or fight are the two things we choose from and we chose flight.

Even if only for a moment, we chose to run.

And in that running abandoned what could have been.

So now I sit staring up at the things I placed back on the shelf,

Keeping them just far enough out of reach that I get to stand on my tippy toes and hope you’ll appear again to help me reach what once was in my hands.

← Letting Go Can Be Beautiful
Using the Keys in your Hand →

This site uses Akismet to reduce spam. Learn how your comment data is processed.

Search for a specific word or phrase.